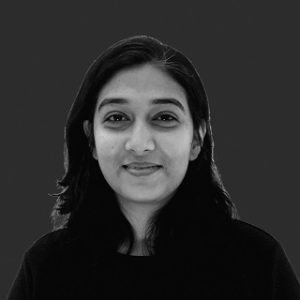 Bhavya Ojha obtained her BSc in Neuroscience from Dalhousie University, Canada, and an MSc in Molecular bioscience (majors: Neuroscience) from Heidelberg University, Germany. Her MSc thesis focused on impact of chronic neuropathic pain on attention in mice. In the PMSMatTrain project, her research focuses on progressive multiple sclerosis and assessing potential therapy delivered via novel routes. She is working under the supervision of Professor Trevor Owens at the University of Southern Denmark (SDU). 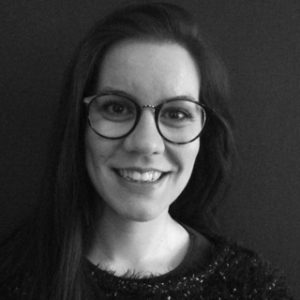 Daniela AD Costa graduated in Biochemistry and received an MSc in Cellular and Molecular Biology from the Univ. of Coimbra, Portugal. Later, she engaged in a Michael J. Fox Foundation-funded project at the Univ. of Bordeaux, France. As part of the EU ITN PMSMatTrain consortium, she is currently testing a therapeutic agent delivery system for Progressive Multiple Sclerosis, focusing on the vulnerable subpopulations of cortical neurons. Daniela will be carrying out her research under the supervision of Dr Una Fitzgerald and co-supervision of Dr Jill McMahon at National University Ireland Galway (NUIG), Ireland.

Elif Nur Yilmaz obtained her BSc in Molecular Biology and Genetics at Yildiz Technical University, Turkey and her MSc in Biomedical Engineering and Bioinformatics at Istanbul Medipol University, Turkey. Her research focus is to develop and validate the therapeutic efficacy of a novel device housing a multi-modal hydrogel using iPSC derived in vitro models of multiple sclerosis. Within PMSMatTrain she is working under the supervision of Prof. Tanja Kuhlmann at the Institute of Neuropathology, University Hospital Münster, Germany (WWU).

Grégoire Laurent holds an engineering degree from the Engineering School EEIGM (European School of Materials Science and Engineering) Nancy, France. Later, he completed a Master’s degree in Management and Business Administration, in Nancy.  As part of the PMSMatTrain project, Grégoire is working at NEOS Surgery under the supervision of Salvador Llas Vargas as R&D engineer and he will participate in the design, scale-up and protocols generation for the manufacture of the end-device. 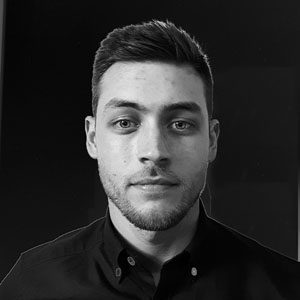 Jack Hampson obtained a BSc. Hons with Applied Mathematics at NUI Galway, and MSc. in Aerospace Engineering at the University of Manchester. After university, he worked as a project engineer for a superconducting magnet manufacturer. However, after dissertations concerning ‘mechanics of growth’ and ‘aneurysm detection with ultrasound’, as well as working with MRI magnets, Jack chose to pursue a PhD through PMSMatTrain under Dr Nathan Quinlan. His research will be modelling a novel method of drug delivery targetting multiple sclerosis 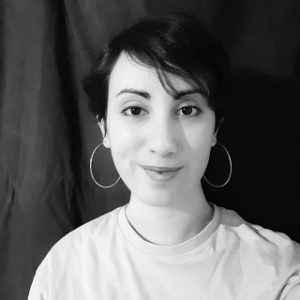 Julia Di Stefano obtained her BSc in Biology and MSc in Neurobiology at the University of Turin, Italy. She’s interested in neuroscience, neurodegenerative diseases and neuroinflammation. Her current research is focused on finding a suitable preclinical model to mimic Multiple Sclerosis. Within the PMSMatTrain project she’s under the supervision of Prof. Peter Ponsaerts at the University of Antwerp, Belgium. 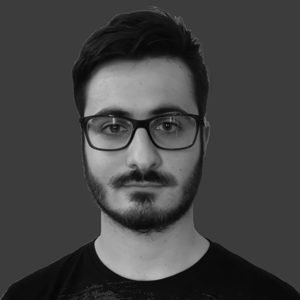 Leonardo Ricciardi obtained both his BSc and MSc in Biomedical Engineering at Polytechnic University of Marche, Italy, with focusing on the signal analysis. In the PMSMatTrain project, his research is focused on the monitoring of the effects of the treatment on the brain through MRI imaging. He is working under the supervision of Prof. Marleen Verhoye at the University of Antwerp, Belgium. 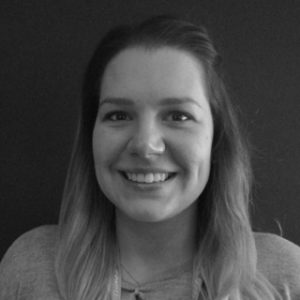 Małgorzata Dąbrowska received her MSc in Neuroscience at Jagiellonian Univ. Cracow, Poland. During her thesis, she worked on the impact of a KCNQ1 channel mutation associated with the Brugada Syndrome at the University of Antwerp, Belgium. Later, she worked at the Małopolskie Centre of Biotechnology in Cracow, Poland. Małgorzata has a deep passion for the neurodegenerative side of neuroscience, especially multiple sclerosis. She is working under supervision of Dr Una Fitzgerald at National University Ireland Galway (NUIG), Ireland in the PMSMatTrain project. 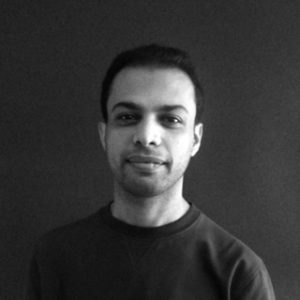 Mansoor Al-Waeel obtained his Doctor of Pharmacy (bachelor’s) from University of Peshawar, Pakistan. He received an Erasmus Mundus joint Master’s in Nanomedicine for drug delivery from the University of Paris Descartes, France in collaboration with the University of Pavia, Italy, University of Patras, Greece and University of Angers France. Mansoor spent some time working at Alfasigma S.p.A. pharmaceuticals, Italy. Within PMSMatTrain he is working under the supervision of Prof Abhay Pandit at CÚRAM, National University Ireland Galway (NUIG), Ireland. 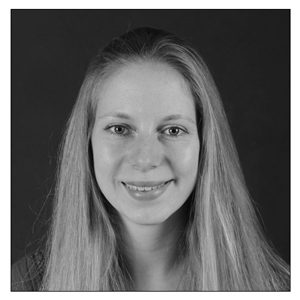 Maurine Fucito is from Belgium, the country of the best beers and best chocolate. She holds a master’s degree in Chemistry and she will be performing proteomic analysis in the Center for Advanced Studies and Technology (CAST) at the “G. d’Annunzio” University of Chieti-Pescara. Maurine started in February 2020 and she is supervised by Dr Damiana Pieragostino. 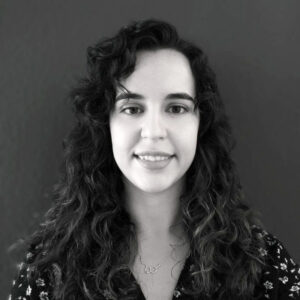 Raquel Guerrero González obtained her BSc in Biology and her MSc in advanced biotechnology at the University of Malaga, Spain. During her MSc thesis, she evaluated the effects of a combined gene and cell therapy in an in vivo model of Multiple Sclerosis (MS). Within the PMSMatTrain project, her research focus is to evaluate the therapeutic efficacy of a multi-modal biomaterial system in an in vivo model of MS. She will be working under the supervision of Dr Steffanie Albrecht at UKM, Westfälische Wilhlms-Universität (WWU), Germany. 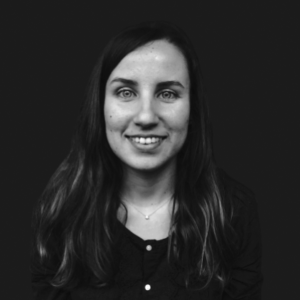 Silvia Fernández graduated in Biomedical Engineering at Universitat Pompeu Fabra, Barcelona. Later, she moved to Denmark where she obtained an MSc in the same field at Danmarks Tekniske Universitet and worked in the R&D department of leading medical devices companies such as Oticon Medical. Within PMSMatTrain, Silvia is working under the  supervision of Ana Rodríguez Alonso at NEOS Surgery and will participate on the design, scale up and protocols generation for the manufacture of the end-device.

Tejaswini Kakunuri obtained a BTech in Genetic Engineering from SRM University, India, and conducted her Bachelor thesis at Harvard Medical School, USA. Later, she completed a Research Master (MSc) program in Neuroscience at Erasmus University Rotterdam, Netherlands. She is currently at Université Grenoble Alpes, France, under the supervision of Prof. Bertrand Huard within the PMSMatTrain consortium. She will be working on the in vitro characterization of a potential therapeutic agent for MS. 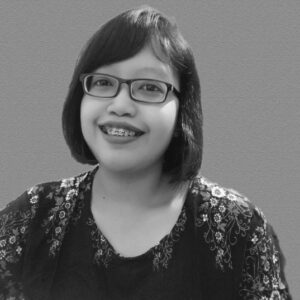 Tutut Habibah obtained her MSc in Biomaterals Science from The University of Manchester, UK. In her thesis she was using graphene-activated conduits for sciatic nerve tissue regeneration. After graduation, Tutut worked as a R&D scientist on the development of calcified-tissue graft at PT. Eka Ormed Indonesia, a manufacturer of orthopedic Implants & Instruments, while collaborating with Dr Hojjat Azadbakht at the University of Manchester, UK, exploring novel biomaterials with neuroprotective properties. Her affinity towards nerve tissue regeneration was leading her to PMSMatTrain where she works on the development and scale up process of hydrogel-based scaffolds for treating multiple sclerosis under the supervision of Dr Martin Pravda in Contipro a.s., Czech Republic.

Yağmur Bozkurt received her BSc degree in Genetics and Bioengineering and her MSc in Bioengineering in Yildiz Technical University in Istanbul. Her research topic focuses on investigating glycosylation patterns in primary multiple sclerosis, how these patterns are related to the disease pathology and their potential use as therapeutic targets for the treatment. Within PMSMatTrain, she is working under the supervision of Prof. Abhay Pandit at CÚRAM, National University Ireland Galway (NUIG), Ireland.