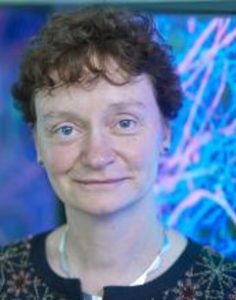 Her research focuses on understanding and trying to repair myelin damage in diseases such as multiple sclerosis (MS) and cerebral small vessel disease (SVD). As myelin acts to protect and nourish the nerves that it wraps around, improving repair of myelin after damaged, reducing nerve damage and the hope is that this will reduce disability in these diseases. The Williams’ lab studies human pathology and uses lab-based models to understand how repairing cells (oligodendrocyte precursor cells) research the areas of myelin damage, how they mature into myelin-forming cells, how they interact with other cells, including blood vessel cells, and how repair can be improved.

Anna Williams was interviewed by the MS reporters:
“Will future treatments for MS be administered as infusions or tablets?”
“Is there a connection between remyelination and brain lesions? Can this be detected by MRI?”
“How do you test molecules that might one day be used as a treatment for MS?”
“What research is being done to reduce neurodegeneration for MSers?”
“Do you work with other MS centres, and if so on what aspects of research?” 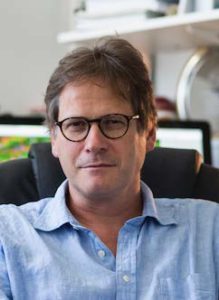 Robin Franklin is Professor of Stem Cell Medicine at the Wellcome – MRC Cambridge Stem Cell Institute. His lab works on the mechanisms of CNS regeneration with a particular focus on re-myelination, an adult stem/precursor cell-mediated process in which new myelin sheaths are restored to de-myelinated axons.
More…

Robin Franklin is also Director of the MS Society Cambridge Centre for Myelin Repair, and a Fellow of the Academy of Medical Sciences. He has received 2016 the Barancik Prize for Innovation in MS Research and is also reaching out to the public by explaining the connection between stem cells and Multiple Sclerosis therapies using a knitted model! 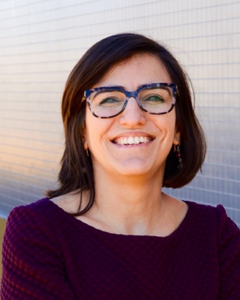 Ana Pêgo’s group – nanoBiomaterials for Targeted Therapies (nBTT) Group – is using nano-medicine strategies and aims at providing the required signals to promote nervous tissue regeneration. The research on new biomaterials for application in neurosciences includes the development of new polymers for the design of alternative vectors to viruses for efficient nucleic acid delivery and preparation of nerve grafts for spinal cord injury treatment. Societal and ethical issues that concern Regenerative Medicine and NanoMedicine are further topics in which Ana Pêgo is involved. She is also a member of the European Society for Biomaterials (ESB), currently being the ESB Secretary and an  Associate Editor of the journal Biomaterials.